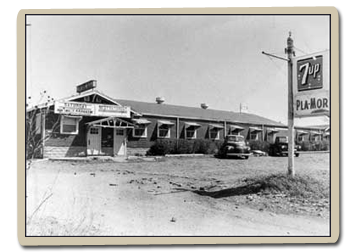 The Lincoln area was home to over six ballrooms. Most have been lost like a trend seen throughout the country. Fortunately the Pla Mor has stood the test of time.

For over 90 years, the Pla Mor Ballroom has entertained Lincoln and the surrounding communities with a wide variety of events. The Ballroom opened its doors December 23,1929 and since has hosted many big band legends such as Count Basie, Lawrence Welk and many others.

The Pla Mor has quite the history, but those who danced the night away, laughed with friends and enjoyed all the Pla Mor has to offer is what makes up our true History. Please share your stories, photos, or memorabilia. We’d love to learn more about our great ballroom and the people who love it! We will post your stories below!

Click Here to View Our Historical Photo Gallery –
Check out Items and Bands from our past.

Get More Pla Mor History in our 90th Birthday Bash Article Below! We celebrated 90 years in 2019 – Click Here for the Event Photo Gallery! Here’s to many more to come!

The Pla Mor Ballroom of Lincoln, NE, opened during the Great Depression in 1929 by musician Eddie Sheffert over a corn field, will celebrate its 90th birthday on October 10 – 11 with multiple events celebrating music, dance and camaraderie as well as special 1929 pricing. With admission on 25¢, guest can also enjoy hot dogs and popcorn for 10¢!

Originally one of five Lincoln ballrooms at the time, including the Turnpike, Sunset, Kings and East Hills, it is the only one surviving. Known as “The Social Gathering Place” as patrons coped with the depression, wars and conflicts, and life in general, the Pla Mor has hosted patrons from all 50 states and 30 foreign countries during its 20,000 events. Among the Big Bands were Lawerence Welk, Glenn Miller, Count Basie, Harry James, Stan Kenton, Myron Floren and Tommy Dorsey. Its nonstop weekly activities have also including weddings and receptions, all types of music and dance, ethic festivals and funerals including celebrations of life. *

In the 1940-60s, an Air Force Base was located in North Lincoln and the City of Lincoln provided bis from downtown to the Pla Mor.

Vic and June Sloan purchased the ballroom in the 50’s. The current ownership transferred in 1972 to Big Band Leader, Bobby Layne, who also needed a home base to share his big band music from The Bobby Layne Orchestra.

According to its current owner, “The Pla Mor Ballroom has been the heart and soul of Lincoln for generations. I can’t imagine how many couples first danced together here before beginning their lives together. In honor of it’s 90th birthday, I would love to hear from everyone about their favorite Pla Mor memories.”

Former Senator Bob Dole of Kansas made appearances to present the trophies to the winners of the “Accordion Contenst” during the Polka Days Festivals.

*Additional Events Hosted by the Pla Mor Ballroom in the last 90 years:

Be Sure to Check out Our 90th Birthday Bash Event Photo Gallery! 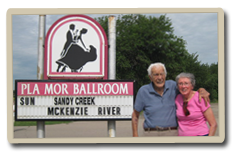 They danced their way into each other’s hearts here at the Pla Mor Ballroom 70 years ago! Now living in Illinois, the couple’s children recently flew them back for a visit and they had to stop to reminisce about their younger days on that memorable Pla Mor dance floor. END_OF_DOCUMENT_TOKEN_TO_BE_REPLACED 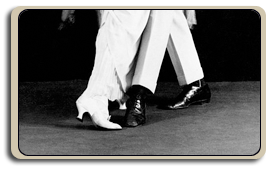 My Memories of Pla Mor – By Donna Holka

“My first memories of going to the Pla Mor was with girl friends and getting on the bus at 10th and O St. – and after the dance, riding the bus back to 10th and O St. In the early days, it was called ‘stag’ night. END_OF_DOCUMENT_TOKEN_TO_BE_REPLACED 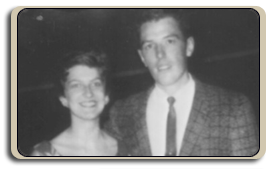 The Summer of 1957, a boy from Nebraska and a girl visiting from Mississippi met at a Saturday night dance at the Pla Mor Ballroom. They were mutually attracted and both had a love of music and dance. They were married in September 1957 and dancing became a lifelong endeavor. END_OF_DOCUMENT_TOKEN_TO_BE_REPLACED

The Pla Mor Ballroom is open for PRIVATE & PUBLIC events. Check our Schedule for all upcoming events! We are excited to see you all back on that dance floor! 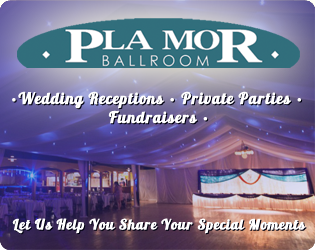 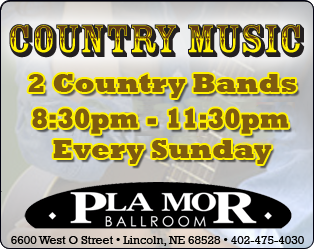 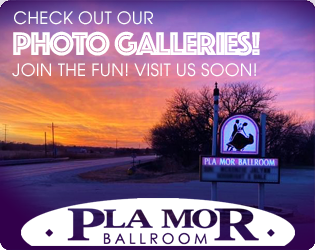